Hi. It’s been a while since I tried to really customize an activity and, even after re-reading the setup guide, I’m hitting a wall in a few areas. Here’s what I’ve got: LG oled display, Tivo STB, and sonos arc.

Creating the activity was easy enough. I generally prefer having it come up with the gesture pad enables as pictured. What I really want to customize is both the row of buttons across the top of the gesture pad as well as the 4 buttons ON the gesture pad.

Ideally, I like nix the ‘what I’m watching’ section at the top as well in favor of another row of buttons.

Generally, when I try to customize anything involving the tivo in the design section, all the buttons are locked from editing.

Is it possible to accomplish what I’m trying to do? 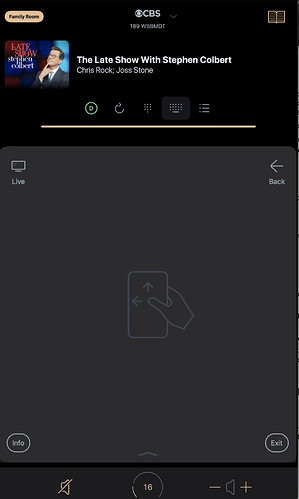