I’m currently running five RTSP camera feeds successfully (three rebranded Dahua, one EZVIZ [rebranded Hikvision], and one Doorbird) across multiple iOS devices within Roomie v6. I have two Apple TVs (one 4K model, and one fourth generation 1080p) hooked up to different TVs. When displaying Cameras on either Apple TV, all feeds appear in “greenscale.” Pictures below.

After trying multiple displays and removing any equipment between Apple TV>Display, and given that the video feeds do in fact make it through to the display devices and render correctly on iOS, I am assuming this must be a handshake problem based on what Roomie is outputting and what the Display expects the AppleTV to output. I unfortunately haven’t been able to find a TV/Monitor setting to adjust that corrects the issue.

For the avoidance of doubt, there are no issues with video quality/color rendering when displaying other media, whether through the AppleTVs or through other means (eg. webOS, Antenna), and all all feeds work across brands when viewed within Roomie in iOS (iPhones, iPad mini 2, original iPad Pro 9.7).

Can’t imagine this is a Roomie bug given the lack of previous forum posts with camera difficulties, but at a bit of a loss as to what else to try for troubleshooting. Would ideally be able to dedicate an AppleTV to be a constant camera feed source across distributed video, but need to get the direct hookup working before I can try and add complexity. 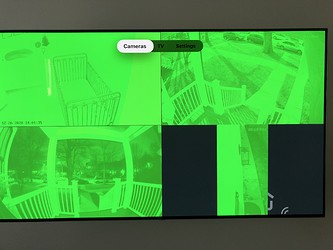 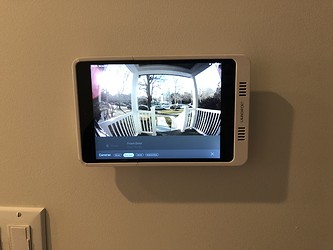 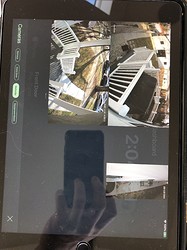 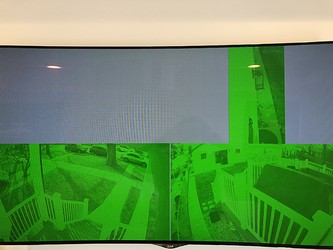 Restart the tvOS box. If it continues, turn off Hardware Decoding in the Advanced settings of the camera.

Disabling it, however, also scrambles one of the feeds - clear picture (albeit green) with it enabled, and scrambled (with proper coloring) when disabled. The issue seems isolated to the only varifocal camera of the bunch, and the only one with a rotated image, so will have to play a bit to solve.

In any case, it persists across tvOS and iOS, so unrelated to a handshake issue (topic subject).