V6.5 introduces Intercomm available both integrated in Roomie Remote, and soon as a separate app. Adding intercom functionality is a great addition to our broader home control solution typically deployed with numerous active devices throughout the home. It is a perfect match for our customers.

Over the last couple of years, Alexa’s intercom functionality and recently Apple’s HomePod feature have become ways that families try to communicate in the home. These record-and-forward systems leave a lot to be desired. While record-and-forward can be useful, the design goals of a real, traditional intercom are not met. Reversing the logic by asking “would you replace a traditional intercom with Alexa or HomePod?”, it’s safe to say nobody would go with that. Back in March 2020 as we experienced the sudden dramatic increase in intra-home communication needs with children forced to stay home, it quickly became clear that Alexa’s communications feature was not usable for us, and the deficiencies of it were a driving force in our design. Both Alexa Communications and HomePod Intercom represent a way to add an intercom-like feature if you started with some unrelated product and then realized you could bolt on a way to play recordings. Anyone that has experienced real intercoms would never mistake such a feature as a true replacement.

Many houses had old-school wired intercoms back in the 1960-1980s. Primary rooms around the house had a main box with a button array corresponding to each room, and the remaining rooms simply had a speaker/microphone box. If you pressed a room button, a Push to Talk button would then allow you to address the target room. Nobody needed to press anything in the target room to respond. It was auto-answer, hands-free, and live two-way audio.

Fast forward to 2020, living patterns have shifted for many. More people are home more of the time. More communication is happening within the home. Texting is a poor solution for that environment, yet is likely the most frequently used after yelling really loud. Now we also have Alexa and HomePod providing record-and-forward audio announcements. What we don’t have is a real intercom that works in the seamless way they did in the past.

Meanwhile, what they didn’t have before is the widespread availability of high quality video, audio, machine learning, and other tech we are now or soon will be taking advantage of to advance Intercomm going forward. The goal for Intercomm is to evolve traditional intercom functionality forward to today.

The primary feature of Intercomm is live audio and video multi-party intra-home calls. We also provide record-and-forward announcements. We want to take advantage of any scenario where we feel we can move the ball forward in a unique way. In this first release, Sonos speakers are supported. Sound on the speakers ducks while announcements are played, it is very slick. Since a lot of customers (especially existing Roomie customers) already have many Sonos speakers, this is often a good starting point for deploying announcements without requiring the purchase of a new fleet of HomePods or Alexas for instance. The Sonos announcement feature even works if you’re away from home.

The idealized deployment is similar to Roomie Remote though a Primary Controller is not needed for Intercomm. Active iOS devices in Guided Access mode, wall mounted or otherwise on a charger, serve as the Intercomm mesh. Because you can choose whether to run Roomie or the Intercomm app (coming soon), you may also use such devices as room controllers.

Today, we’re introducing Intercomm on iOS. It will later be available on macOS. Intercomm audio/video communication requires all parties on the local network. Remote call support and offline device support is coming soon. Note that for now we have enabled the ability to use the iPadOS version of the app on Apple Silicon systems. Thus, technically, Intercomm can be used on the new macOS systems today.

When used inside Roomie, Intercomm is licensed by the Unlimited level of Roomie Service. As it isn’t a device, Intercomm didn’t make sense in the existing subscriptions. Intercomm will also be available as a separate app with its own Intercomm-specific subscription at a lower price that does not include any of the Roomie functionality. Roomie will also recognize that subscription on the same iOS device. Including Intercomm is a reward for our Unlimited customers. Whether you’d prefer to license it that way, or on its own is up to you. Either path will work in both apps. If you would like to upgrade a subscription from a lower level, that can be switched at any time in Apple’s Settings app for iOS. Or, if you’d like to upgrade to Unlimited Perpetual from a lower level, purchase it inside Roomie, and then disable renewal in Apple’s Settings app.

This release also introduces native Apple Silicon support and HomeKit for macOS. As both of these features require macOS 11 Big Sur, and especially the HomeKit support is a very key feature bringing feature parity at last between platforms, the minimum macOS requirement for Roomie is now Big Sur. Normally, we prefer to let the minimum OS lag by 1 year, but in this special case, the changes on macOS were so dramatic and so beneficial for our users that it made sense to make an exception.

Developing your own custom code sets for obscure devices we don’t support internally was a very manual process. The slightest change required a full restore of a configuration, and editing the codes required some level of programming knowledge. The new code set editor in Settings makes most code sets extremely simple to create and edit. Import and export of code set files is now a built-in feature. The DDK documentation is still useful for information on what kinds of codes can be created and how they work. The entire process of creation, import, and editing is now greatly simplified.

In the past, figuring out what was going on at a low level sometimes required users to contact support so that we could analyze the diagnostic log to figure out which of their devices for example wasn’t responding. The logging we provide when Collect Diagnostics is turned on is quite extensive – as with any such logging it may require some technical experience to analyze such low level logs. Using a two-finger gesture (use iOS or a trackpad) to zoom out on the main interface anywhere in the app except in Settings will now open the live diagnostic log. You can pause the output, search, or copy from it to help troubleshoot any issues you’re seeing.

Plex Media Guide is now the media guide for nVidia Shield activities if a Plex Media Player is running on the Shield. Because Plex Media Player’s control functionality on Shield is still not finished since the introduction of Plex’s new video player, set the Shield as the Primary Device for the Activity and the Media Guide will continue to work for Plex there. Edit Shield activities to choose your Plex Media Server and change the Primary Device to the Shield. Ensure the PMP device from auto-discovery remains in your configuration. We presume Plex will eventually restore the direct control functionality to their API at some point as their own app also does not work for control, but for now blending the two devices restores the Plex Media Guide functionality for Shield.

This post will be updated as additional pieces of the 6.5 release cycle are available.

Thanks for continuing to build. Any chance Plex Media Guide functionality could support remote Plex servers in the future?

Sounds Fantastic!!! Thanks for the detailed explanation and great features!
What is the exact Intercomm App to install on IOS?

What is the exact Intercomm App to install on IOS?

The separate Intercomm app is not yet available. Probably will be a few weeks. I will post here when it is up. I’m hoping Apple completes its announced introduction of Family Sharing for subscriptions before then as that would make things simpler for new subscriptions that don’t have the infrastructure we have in Roomie to share such things.

Just got the updated 6.5.1 fix with perpetual license…WoW intercom is a great addition keep it going sir…

Following up on the original 6.5 release, today we released Intercomm 1.0 as a separate app. This provides an inexpensive and targeted entry point to Intercomm that does not require the Unlimited subscription level.

The big new feature of Intercomm 1.0 is support for offline and remote calls. Intercomm back to your house while you’re out, or receive Intercomm calls regardless of whether the app is running. In the ideal case, setup always-on devices in key places of your home so they’re always immediately available for hands-free auto-answer.

The primary feature of Intercomm is live audio and video multi-party intra-home calls. We also provide record-and-forward announcements. We want to take advantage of any scenario where we feel we can move the ball forward in a unique way. In this first release, Sonos speakers are supported. Sound on the speakers ducks while announcements are played, it is very slick. Since a lot of customers (especially existing Roomie customers) already have many Sonos speakers, this is often a good starting point for deploying announcements without requiring the purchase of a new fleet of HomePods or Alexas for instance. The Sonos announcement feature even works if you’re away from home.

The equivalent functionality will shortly be released in Roomie 6.7 and is included with all Unlimited level subscriptions. The Roomie and Intercomm apps are fully compatible for both calls and the automatic management of directory information. The Intercomm app provides a 1 week Free Trial.

Here is a direct link to the new app: 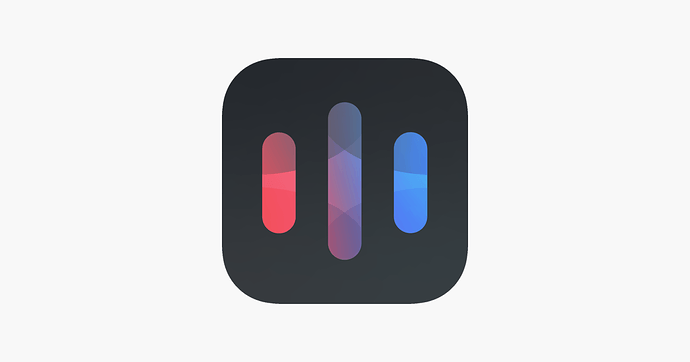